solitaire games for your tea time

JP¥ 3,800 (Pippin)
T·Break (ティ・ブレイク) is a CD-ROM-based board game of peg solitaire, also known as solo noble, for the Pippin Atmark console.[1]

The Pippin version of T·Break was developed by Infocity and released in Japan in 1996.[2] It was re-released by Infocity for Macintosh and Windows on May 8, 2008.[3] 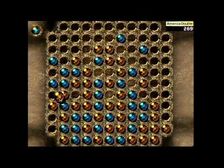 This stub article needs more data!
You can help by expanding it.
Retrieved from "https://pippin.fandom.com/wiki/T-Break?oldid=10717"
Community content is available under CC-BY-SA unless otherwise noted.